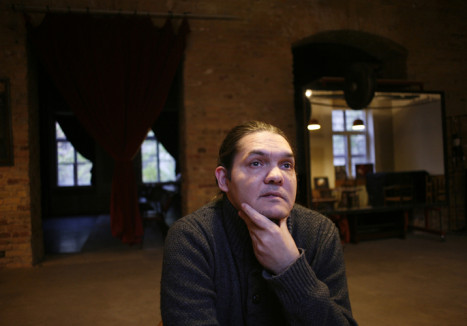 Tamás Jónás was born in 1973; he is a poet, author, editor, programmer and an important representative of his generation in Hungarian literature, as well as an important figure of Hungarian-Gypsy literature. Despite a difficult, materially-deprived childhood, he graduated from a grammar school and went on to study IT, the Hungarian language and philosophy at a university. When he was 21, he published his first story collection Cigányidők (Gypsy Days), a very personal testimony. The literary critic Béla Bodor described it with the following words: “This man with finely tuned sensibilities has given us one of the harshest Gypsy books ever. His stories speak about bureaucratic violence, segregation, attempts to escape the Gypsy environment and a completely hopeless integration so forcefully that a reader would likely set the book aside were it not so gentle and sharp at the same time. What’s more – this book also has tastes, colours, a fairytale-like atmosphere. You can feel an aftertaste of the magical world of early poems, or maybe even a bit of magical realism flavouring.” So far, Jónás has published nine poetry collections and four short-story books. His short-story collection Tatitatitati was also released in Czech in 2019.